A series of discussions. Russia is going through a period of fundamental change of its place and role in the world. Not only the political, but also the ideological system of coordinates is changing. A new generation of people, for whom the landmark period of the 1980s-1990s is not a personal experience but a fact of history, are entering political life. These young people are more open to the world and oriented towards dialogue, yet they lack the experience of responsible interaction that their 20th-century predecessors had. Despite the current openness in communication and people’s active interaction, alienation continues to grow.

Russia Comes First? Foreign Policy in the Era of a Fragmented World and the Rise of National Egoism
January 2018 — October 2019

A series of discussions and publications covering urgent issues of the strategy of Russia’s development amid new international confrontation.

The Institute of Socio-Economic and Political Studies

A series of roundtable discussions and webinars, an international conference “The Problems of Diplomacy between Russia and the West after the Cold War,” preparation and publication of the report “Conservatism in the 21st Century: The Ideology of Russian Foreign Policy.”

Broadening the scope and increasing the expertise of discussions with the participation of foreign and Russian experts; launching a unique advanced training project for contributing authors of Russia in Global Affairs – “School for Scholars”– aimed at developing the skills of modern analytical writing in young international affairs practitioners and scientists.

The Institute of Socio-Economic and Political Studies

A series of educational events (lectures, seminars, webinars) in various regions of the country, involving the representatives of the regional elite and communities.

National Interests and the New Foreign-Policy Conception of Russia: The Eurasian Turn and the Continuity of Western Cultural Heritage
August 2015 – July 2016

Promoting communication between active representatives of society and state in discussing national priorities, factors of external influence on the country’s internal development (preparation and publication of 10 Russian- and English-language issues containing analytical and expert material on the problems of Russia’s national interests and foreign policy philosophy. Organization of a conference “Russia’s Foreign Policy Philosophy: Epoch-Breaking Change”. 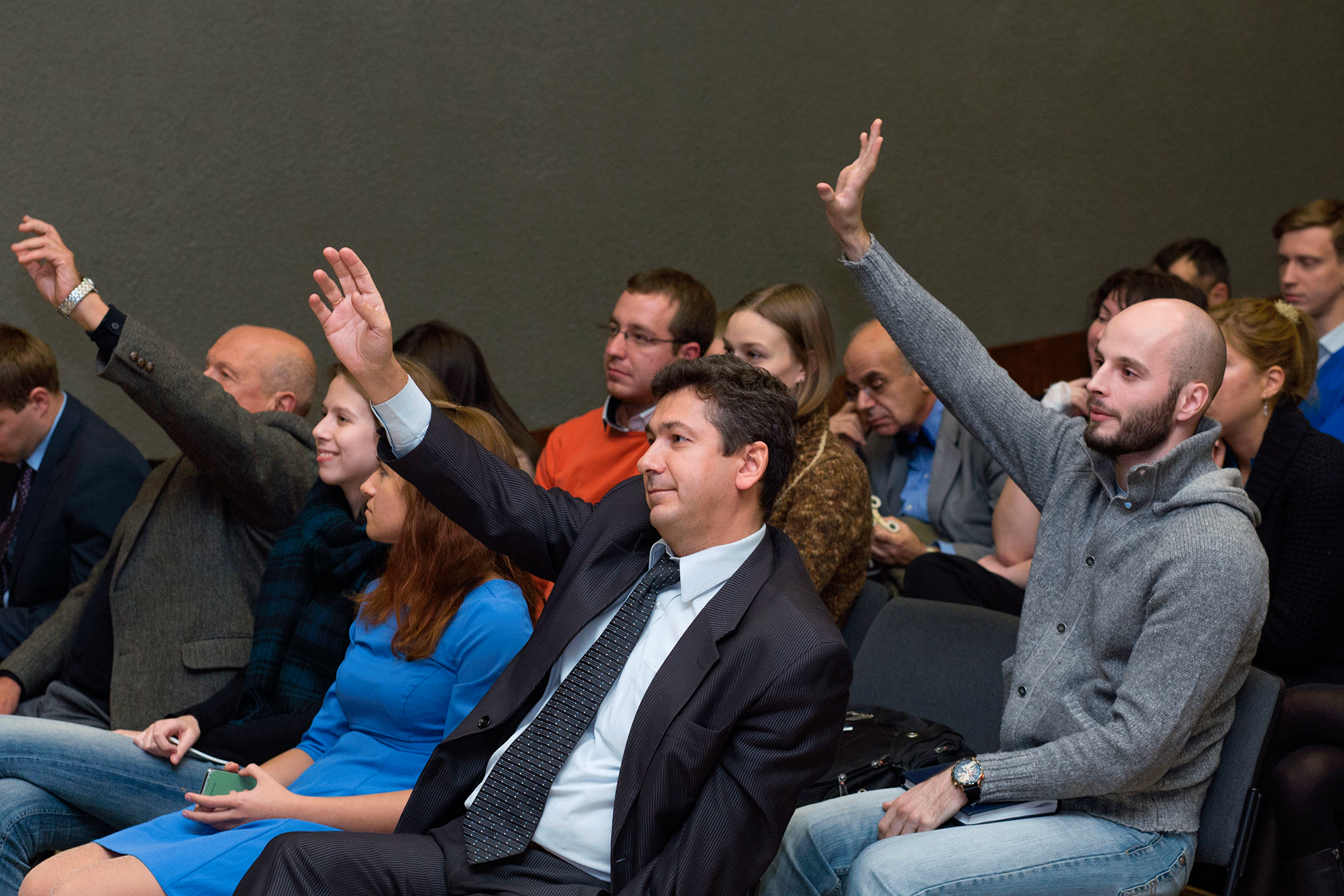 Several years ago we came up against a problem: young authors having certain expertise in the subject they study cannot put it in a comprehensive and interesting text form. So, editors have to either refuse promising authors to publish their articles, or rewrite them.

We decided to invest our effort in training young foreign policy scientists in writing appropriate texts in various genres. In 2016, editors of Russia in Global Affairs and a team of specialists from the National Research University-Higher School of Economics (NRU-HSE) launched a “School for Scholars.” Since then the School has been admitting all those wishing to develop their skills of analytical writing and receive knowledge from merited professionals in this field. Initially, the School trained students in writing texts on different subjects, but as it gained more experience it changed the format of training and now organizes courses dealing with one specific problem. For example, the 2018-2019 course was devoted to Russia’s turn to the East, while the 2019-2020 course is designed to train those students who are interested in the analysis if military-political issues. This approach ensures a more targeted high-quality training of researchers who have already decided on their profession and line of future activity. The curriculum of each course works on a “1+1” principle: one master class given by an expert in one line of training plus one practice (skill-building) class at which the students can use the received theoretical knowledge in writing texts of different genres. The major part of master classes and skill-building sessions take place at the premises of the NRU-HSE Faculty of World Economy and International Relations. More detailed information about the “School for Scholars” is available at: https://school.globalaffairs.ru/